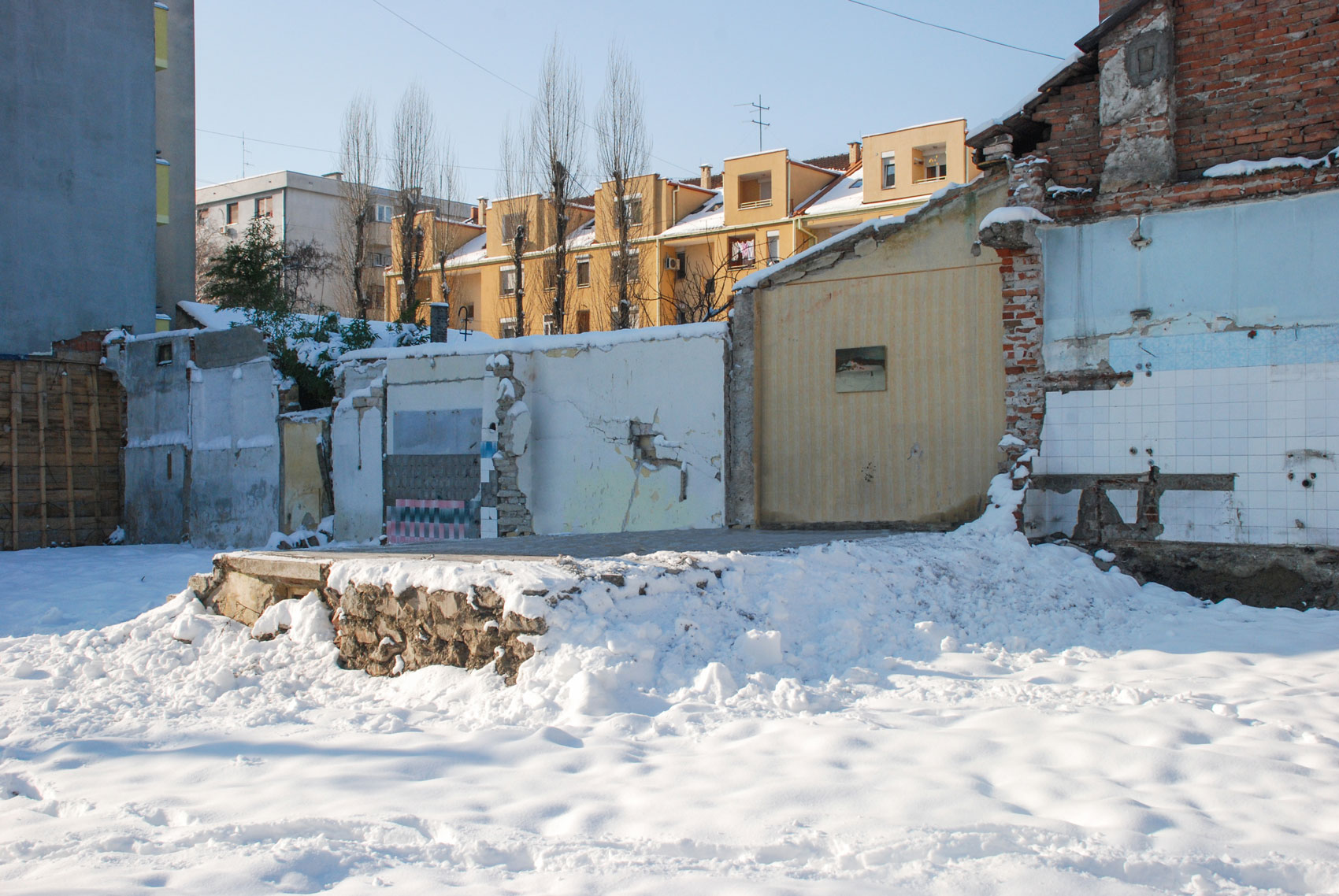 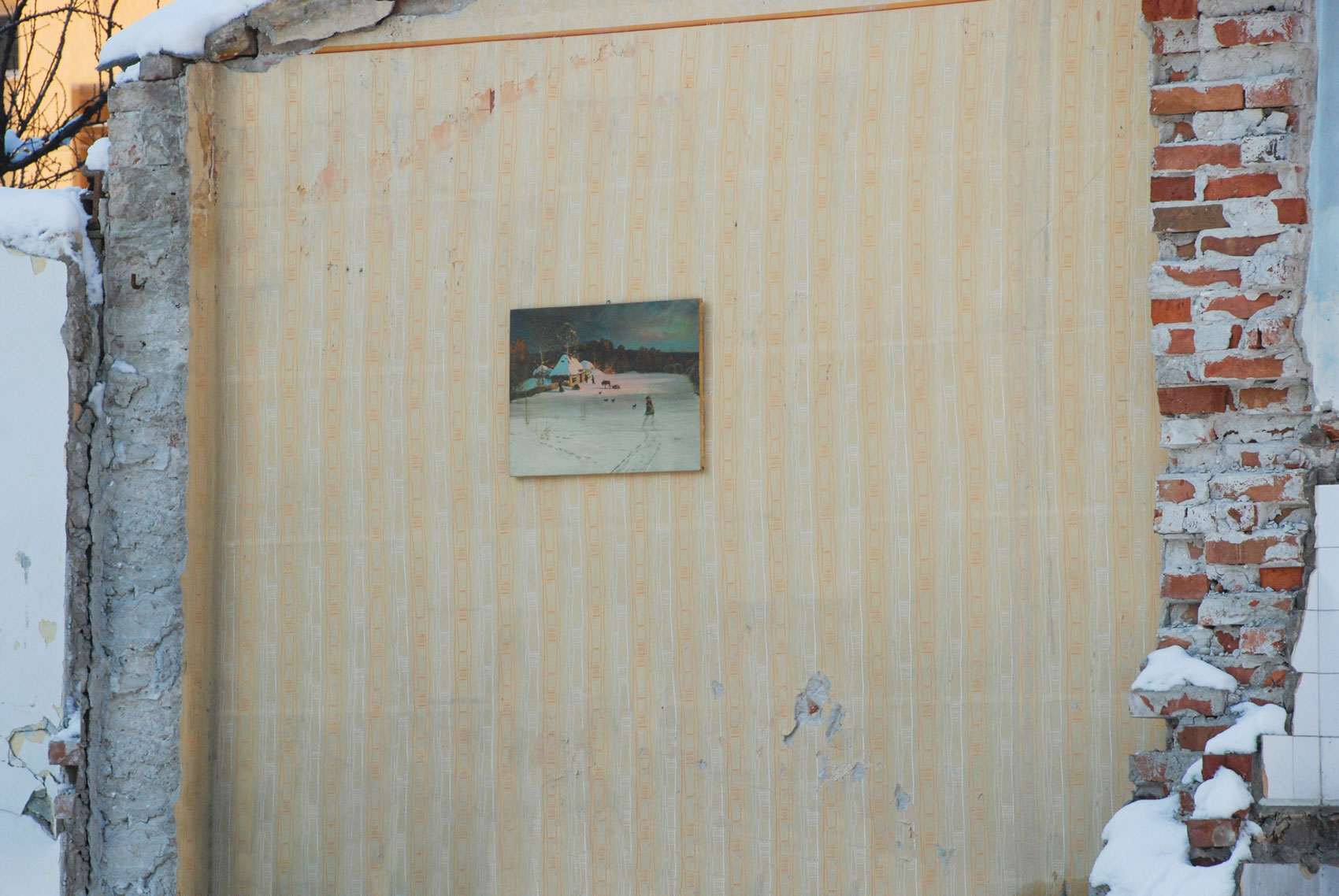 Reli(e)ving house is an intervention in urban space, in which a painting depicting an isolated house in a winter landscape is placed on a wall in the remains of a former home – a place existing on the verge of private and public, intersecting between a space and non-space.

*Relieve
: to set free from an obligation, condition, or restriction
: to ease of a burden, wrong, or oppression by judicial or legislative interposition

: to take the place of

Relive
: to live again
: to live over again
especially : to experience again in the imagination

Leave
: to have remaining after one’s death
: to cause to remain as a trace or aftereffect

: to go away from

: to put, deposit, or deliver before or in the process of departing